So far in 2020, the UN Human Rights Office in Colombia has documented 66 massacres, in which 255 people have been killed in 18 departments. In addition, the Office has received information on the killing of 120 human rights defenders so far this year. Since the signing of the Peace Agreement in November 2016, the UN Verification Mission in Colombia has also documented 244 killings of former FARC fighters.

The Nasa community has been one of the worse affected indigenous groups with 66 of its members in Northern Cauca department reported killed in 2020. The most recent incident occurred on 5 December, when five people, including a former FARC fighter in the process of being reintegrated, were reported killed in two separate incidents in Northern Cauca. In addition, on the same day, 24 leaders and authorities of the Nasa people received death threats.

Another recent attack occurred on 3 December in Chocó department, where an indigenous leader, Miguel Tapí Rito, was killed causing around 900 people in his community — mostly women and children — to flee to a nearby town, where they have been begging the State authorities to provide them with protection.

„It is tragic to see so many people fall victim to persistent violence across the country. In addition to those killed, the victims of course include those left behind, who remain almost completely defenceless,“ the High Commissioner said.

„I call on the Colombian authorities to take stronger and much more effective action to protect the population from this appalling and  pervasive violence,“ she added. „It is the State’s duty to be present throughout the country, implementing a whole range of comprehensive public policies, not only to clamp down on those responsible for the violence, but also to provide basic services and safeguard the fundamental rights of the population.“

Bachelet stressed the urgency for the National Commission on Security Guarantees to develop a public policy to dismantle „the criminal groups that succeeded paramilitary structures and their support networks,“ as specifically requested in the 2016 Peace Agreement.

The High Commissioner also urged the authorities to conduct prompt, thorough, impartial, independent and transparent investigations into all allegations of human rights abuses and violations, and to uphold the rights of victims to justice, redress and reparation. To this end, she said, the Special Investigation Unit of the Attorney General’s Office had been doing good work, but could be further strengthened in order to dismantle criminal networks.

She also called on the Colombian authorities to provide a safe environment to enable people from all sectors of society to participate in public and cultural affairs, free of fear, intimidation or stigmatisation.

„Sadly, violence has been normalized in Colombia after decades of armed conflict, and no one should accept that,“ Bachelet said. 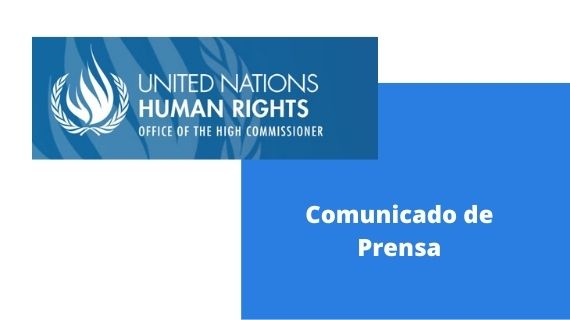